Not Quite as Planned

Well, we took part in our Duathlon and Triathlon...sort of.
The day started right on time....4:30am we awoke, loaded bikes, and arrived at the race center promptly at 6am.
It was cold, rainy, windy, and very gray....but we courageously unloaded bikes, set them up in the transition area...and waited. 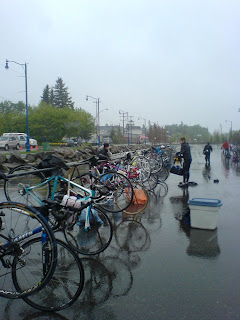 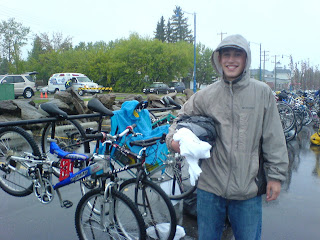 And waited some more. And as we waited snow began. And eventually we were told no volunteers were showing up.
I don't blame them. If I hadn't paid an entrance fee, I don't know if I would have shown either!
By 7am we could hardly see a block down the road because of the snow. 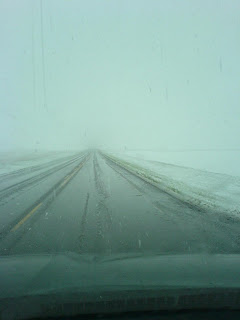 We stood in the sleet/snow/slush for almost an hour...and finally were ushered into the aquatic center.
After another 45minute wait, we were told that the officials had driven the course and found the roads to be too unsafe visibility-wise and too slippery to do the bike part of the race.
Our Duathlon we had trained for was shrunk down to a 5km run.
A part of me was a wee bit relieved. The other 90% was extremely disappointed.
And those doing the triathlon were now to do an "aquathon"....a swim and run only.
Flashes of my training popped up in my head. All the early mornings.
All the Saturday morning bike rides when I could have slept in.
But run we did. 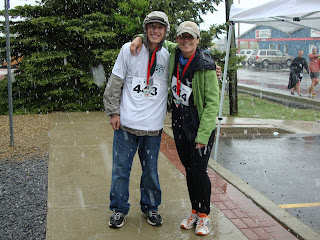 And the younger 2 boys did their Aqua-thon: 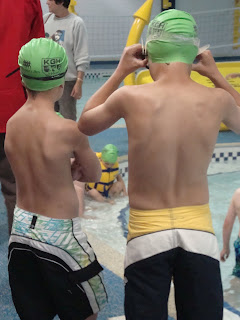 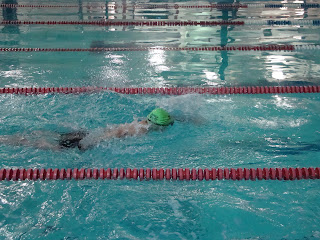 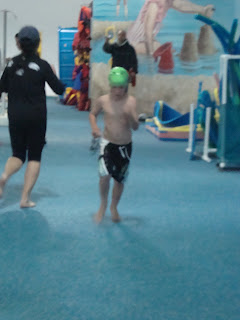 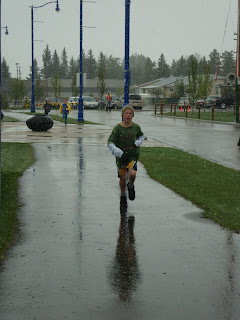 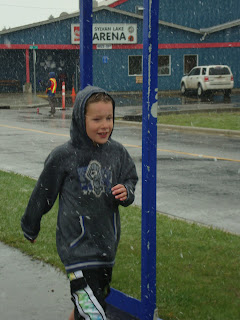 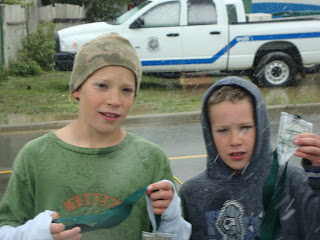 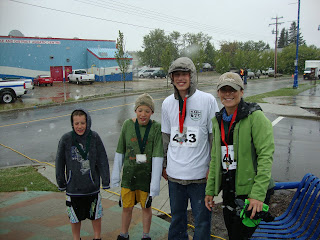 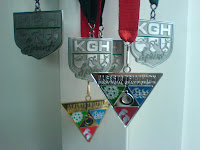 My First Medals ever: 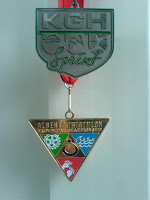 It didn't go quite as planned...but our motto for the day was "It's all about the experience"....whatever that may end up being.
And of course...it's about the faces....er...memories,
like these: 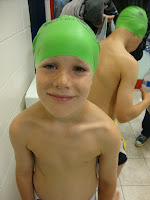 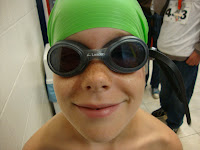 We have one month to go now until the "real huge" Triathlon.
And I am pretty sure(?) we won't have snow the end of June.

Although, it seems things never go quite as planned....

Oh, it looks like you all had fun in spite of the weather! Congrats on the medals. I just love grown up medals and trophys!

Fingers will be crossed for your "huge" triathlon to go off without a hitch! I just can't begin to imagine the amount of training involved in something like this, so I'll just live vicariously through you...(if you don't mind) ;)

Wow...congratulations to you all...what a wonderful day you had and you should be so proud of yourself....I am inspired! xoxoxo