Once Upon a Time...(based on a very true story)

Once upon a time there were 2 sisters, and they decided- along with their husbands- that their annual outdoor adventure would be a canoeing expedition, paddling approximately 165 km down a winding river for 3 days. 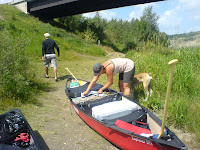 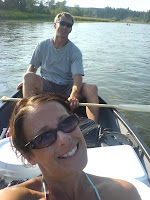 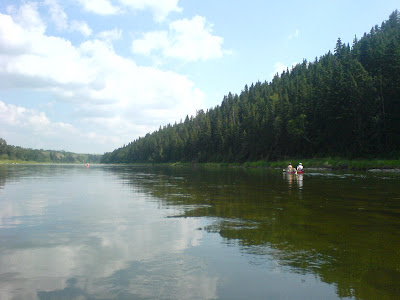 After loading their canoes with enough food, tents, bedding, warm clothes, wood to make fires at night, and one canoe even included a "kangaroo" Boxer ....they launched themselves into the river and the journey began. 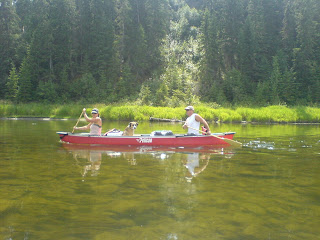 The first day was beautiful....hot enough for sunburns and leaving them wanting to drag their feet in the water to keep cool. The scenery was amazing....wildlife was everywhere- including massive Pelicans, hawks and eagles, deer, and gigantic beavers which slapped their broad, wide tails on the surface before disappearing under the canoes. 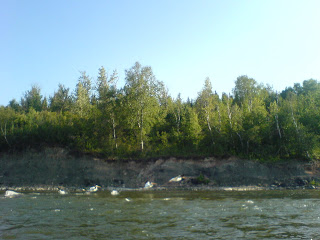 The 1st day took them just over 50km down the river and it ended on a "paradise" island....the 4 of them being the only ones there, a fire to dry wet feet, and an almost full moon reflecting on the river.

The 2nd day was even hotter than the first, and it meant that floating in the river alongside and behind the canoes was needed to cool down. The boxer-puppy even swam along beside the 2 sisters, excited to get out of the never-ending canoe ride. 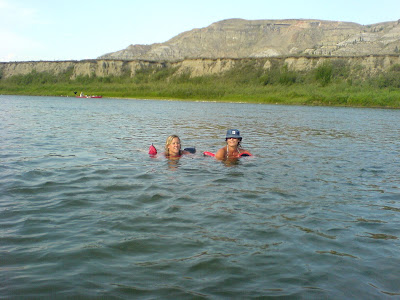 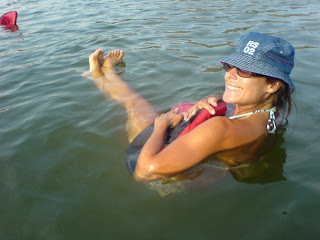 By the end of the 2nd day the paddlers had travelled well over 60 km...meaning that their trip to that point now totalled over 110km of the entire journey. With one day left, and only 55km more to paddle- they decided it was time to find another paradise island to put up tents, and were ready to cook their long-awaited dinner over a campfire. The heat had been a bit much that day....and sunburns and sore muscles told them to find a spot soon. And so did an ominous funny colored cloud just to their right.

Does this story continue? Great photos... but now I want to know what happens on the third day.