Up for some Change? 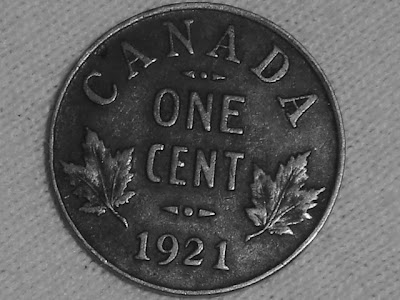 "A penny is a lot of money if you have not got a penny."
~Yiddish proverb
~~~~~~~~
I'm not sure about this.
"They" want to end the life of the penny.
I know.
It's a silly matter.
And truthfully...I don't know why debates can go on over something so trivial in today's world of other worries.
(Like whether or not we should change the words to our National Anthem.
Seriously...do we not have more pressing matters with which to waste time on?)
~~~~
{Sorry...I DO realize this hits nerves with some people...and it DOES bother me.
My point is....WHO even brings these issues up?!?}
~~~~~
But humor me.
Pennies can be a nuisance.
Especially when they end up in the bottom of a purse and you know they're there...just adding weight and rattling around like unnecessary jingle bells.
Many times my wallet has held more weight in pennies than anything else.
(If pennies were worth their weight.....)
But what about the times you need $2.27?
Or the luck of finding one on the sidewalk?
And really.....they've been around since 1920....it's kind of a history thing.
Then there are the all the Penny Quotes in existence because of the Penny.
Collect them over time, and pennies turn themselves into dollars.
Penny Candy may have never existed if it weren't for the penny...(or is that the chicken and the egg scenario?) 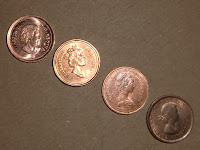 "A penny saved is a penny earned." 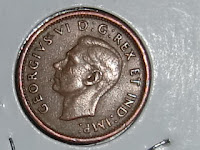 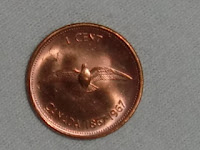 ~"take care of your pennies...and the dollars take care of themselves"~
I don't know...and don't really care either way.
I just know that my 11 year old is on a Penny Collecting Adventure right now.
And I am having to deal with pennies.
Everywhere.
He even goes to the bank and exchanges a $10 bill for ten dollars worth of rolled pennies....in search of that treasured Collectors Coin. 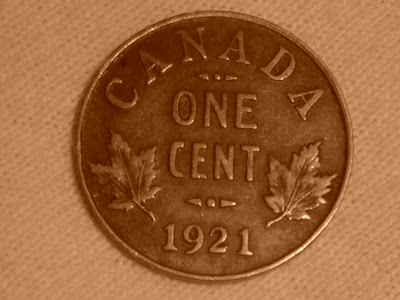 "A penny saved is a penny earned."
~Benjamin Franklin
~~~~~~
Meanwhile...there are sites up that are trying to "Save the Penny"...
and you can buy these T-Shirt's.
~
The media has a bit more material for articles because of this entire Penny-matter.
~
And even  the Senate DEBATES the issue.
(As if they need more reason to debate. And more reason to USE our pennies:(
~
I guess I'm not guilt-free now either.
I just wrote this post.
:)
Penny for your thoughts? 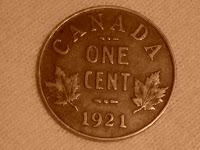 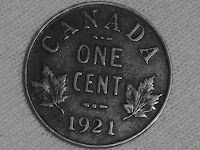 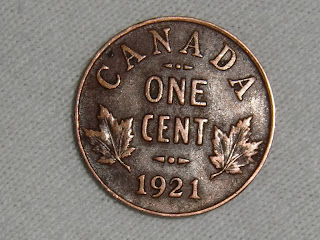 Oh my this post made me smile. "they" did away with our 1c and 2c a couple of years ago...now it is the 5c pieces that add weight to my purse and annoy me no end.

I say do away with them. Round off all prices of things to make it easier on everyone. Quit trying to sell me things for $9.99 and let's just call it $10?

I don't think doing away with it solves anything. It'll just look like we've done something.

Save the penny.....find a penny pick it up..and all the day you will have good luck....

Oh, I had no idea they were trying to get rid of the penny in Canada! And I think it's hilarious that your son is exchanging $10 rolls for pennies. But he might be onto something if they stop making and distributing pennies. You household full of single cents might all be collector's cents one day!

Here the pennies are so so so tiny and crazy light, they might as well be made out of tin foil. Plus nobody ever gives you pennies back. You end up donating them (so the big corporate monger markets can have a tax write-off) or they store owner's round down (usually to the nearest 10, not even 5). So I think, if that's the case, nothing should ever cost $9.99 They could just say $10 or $9.90.

They keep debating this in the U.S. too. But I love my pennies. I just picked one up yesterday and thought about the people in heaven that love me. :)

I am TOTALLY with you! Long live the penny!

I love pennies, but they do get a bit bothersome sometimes :) this is my first time dropping by so I just wanted to say hi!

I had some 1/2 cent pieces.My grandfather always said pennies make dollars to us to get us to be more frugal with our savings.

I say it's a conspiracy. Cents, nickels, dimes... pretty soon, all we'll have are debit or credit cards.

It would give everyone a reason to raise prices and I suppose like Lynette said the nickle would become annoying then.

get rid of them...i swear my purse is at least a pound heavier because of the silly things!

I call these kind of issues "cover-up issues". They bring them up when the don't want to take on the real issues.

Nice coin anyways, what is that worth right now?

Anytime I see I penny on the ground, I always pick it up. :)

so what you're saying is we should all be saving our pennies whether they do away with them or not. lol

love your posts, Dawn. thanks for the visit and comment

Anyway you look at it money's money - I don't care if it's heavy...your son's got the right idea.

And "they" need to find better, more productive things to do. You hear me "they"? ha!

There are more pennies sitting in jars and piggy banks than there are in circulation.

When they get rid of them, you just know they are going to round all the prices UP, instead of down....

a bunch of pennies can make one big penny, as an artist did for Art Prize this year, creating a 3 meter high penny from thousands of them... See http://sagecoveredhills.blogspot.com/2010/10/art-prize-2010.html

I'm sad! I just wrote a long comment about how you ought to fight for pennies, for your heritage! And then blogger erased it!

Well, I cannot reconstruct what I wrote to you, but I can say that I have been fighting all day for a cause I believe in, I have been standing up for something because it is the right thing to do. Now, as the day wanes, I was tired and kind of scared of standing up for this cause. That was when I saw your comment on my blog... "You are not alone!"

This time it's not about my daughter, it's much bigger and scarier than that! But your comment stays with me... "You are not alone!"

I feel revived. Thank you! And I say to all you Canadians: Don't let them strip you of a bit of your heritage. In Europe, I watch as country after country falls into the hands of the EU; they all regret it eventually. Why? Because they are losing the tangible proof of their heritage... their money, their jobs, their rights to be culturally specific. Don't let them take your pennies, Canada! Fight fight fight!

Well with each year our pennies are just turning into tokens anyway. They don't even make that nice sound because they are made up of synthetic and not copper anymore. I don't think they should be done away with either but you know and I agree with all of your sayings too. I love the pictures of the old money.

A penny for your thoughts!

It's been many years since we did away with one- and two-cent coins - it was an interesting tradition to ditch, but it's worked well.

LONG LIVE THE PENNY... i'll always feel rich (money-wise) as long as those loose, brown things are floating in my pockets, purse bottoms and in the loafers of some really old shoes..

Hey....I kinda like the penny! Hope your son finds a collector penny....xoxx Hugs

Dawn, I love the photo of the 1921 penny, now that's an awesome keepsake. Other than collectors items, really what good is a penny? There is no more penny candies, with inflation they're up to anywhere from 5-15 cents each... talk about insane inflation! I don't care either way, if only "they" would put as much effort into getting the homeless off the streets in this cold weather instead of people dying needlessly then we might be getting somewhere. I agree, there's so many more pressing issues... spoken like a true social worker, I think that I've found my true calling in life! Stay warm my blogger friend, it's just begun!

Well, here's my 2Ȼ worth (if they did away with pennies, I'd have to give you 5Ȼ worth !) - I'm ok with keeping the penny. We have several thousand at home in 'penny' jars - they make a great door stop, and when my granddaughters come over, they love playing with them ! I think that if they did away with the penny, the price of everything would be rounded up, not down. Next thing you know, sales taxes would also become multiples of 5.

I quite like that that a coin has given birth to so many proverbs and phrases. But they would continue to live on just as our "mile" phrases do. I'd like to see it stay but I know I'd just go with the flow should they disappear from our currency.

And what about making wishes and throwing pennies into fountains?! I don't have an opinion either way, but I still enjoyed reading this. :)

I actually love pennies! I like being able to have exact change sometimes, and the penny makes that possible. Not to mention, my boys (3 and 5) LOVE finding a penny on the ground! It seriously like treasure to them! :) SAVE THE PENNY! :)