!
An exclamation mark, exclamation point, or bang (!) is a punctuation mark usually used after an interjection or exclamation to indicate strong feelings or high volume, and often marks the end of a sentence.
~~~~~~~~
The other day I was told that if people were described as punctuation marks,
I would have to be the Exclamation Point.
Yes.
That's what I was called.
Specifically the words were...."You are exactly and completely - an Exclamation Mark.
That's the only way I can describe you."
Well....I have to admit this sounds about right.
When I'm happy...I am ecstatic.
When I'm not...watch out.
You always know how I feel, and I do tend to be extreme either way.
I so wish I could find a happy balance.
But my wiring seems to short circuit on most every day.
It's either "All or None"...and it can be exhausting!
(especially for those around me:(
The exclamation point comes from the term note of admiration, in which admiration referred to its Latin sense of wonderment.
One theory of its origin is that it was originally the Latin word for joy, Io, written with the "I" written above the "o".
(I like this theory best:)
I mean...how can you NOT exclaim over a massive sky which floats around you like this?! 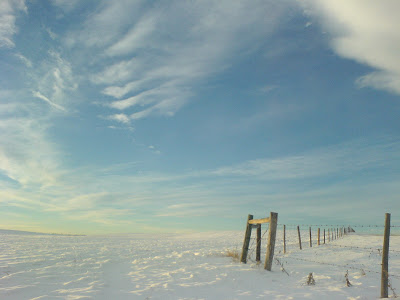 I guess the world needs all kinds.
Commas are good.,
At least they pause to think about what they say and do before they do it.
The hyphen links it all together. -
The full stop, or period, at least they know how to complete matters..
And question marks? ?
Always good. Who doesn't like an intelligent inquiry? 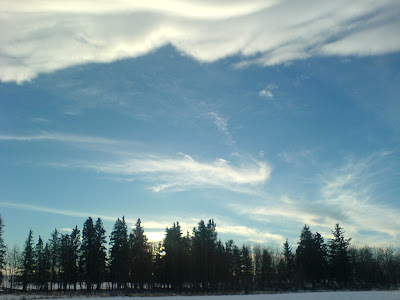 I guess a balance would be a good thing.
But I'd like to keep my Exclamation status for now.
I really do find it hard to be anything but .....
there's just too much around me to exclaim over
!
(I guess I could be a bit more "comm-a"
'bout the way I go exclaiming...)
:) 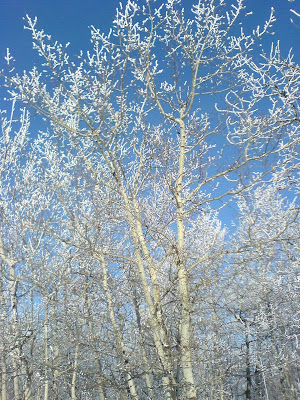 Email ThisBlogThis!Share to TwitterShare to FacebookShare to Pinterest
Labels: thoughts, who am i?

In writing class in college I was told I was too positive, and needed to develop my dark side. Exclamation point indeed! Stay the way you are, for you bring us all so much joy. :)

I like exclamation points!!!! They are expressive and determined..
I think I must be the hyphen?? LOL

You also enjoy this last week of the year and stay warm!!

If you're happy with being an exclamation point then don't change a things :).

Stay just the way you are :)

Dawn,
What a bundle of thoughts provoked! My personality tends to be an 'all or nothing' type but I try very hard to find that balance which can be difficult at time, I know! perhaps my journey in life...
thank you for a wonderful post and lovely photos..

I'm so jealous. I want to be an exclamation point too. But in all likelihood, I'm a lame period.

Be the very best exclamation point you can be.

I, however, fancy myself a comma. I stay in the middle, LOVE to pause and look around, can see both sides of things, prefer to live without extremes for the most part.

I truly enjoy moving at a high rate of speed..so I think I am an exclamation point as well. I might have to agree with Texwisgirl, I should try and put a comma in there somewhere...however after looking at my blog..That wont happen...Keep Smiling.

Oh, to be an exclamation point! I use them way to much in my writing, but they help me make a point( no pun intended.)

Unique clouds and lovely pics. There are a series of Angelwing butterflies all named for punctuation marks.

I hope you did too.

An exclamation point is a fine character to be. I think I might be the ellipses ...

Love the image with the fence and your calm about/comm-a 'bout pun gave me a chuckle.

This was an amazing and thoughtful post. Beautifully written and creative. I loved it. Exclamation point. :)

I so love your pictures and demeanor also, an exclamation mark is needed in this old world to make us appreciate the beauty around us, and this you do well my Friend!!!

At first I thought this was going to be a post about bloggers who use too many exclamation points in their comments! Now that would be just wrong! Haha!

such an introspective, interesting and beautiful post! i love how you embrace your exclamation point-ness! the world needs more enthusiastic people like you in it. you are dymanic, engaging and interesting, and that's such an AWESOME thing! i suppose i would be an ellipses(...), always thinking ahead and leading on to the next thing, sometimes skipping over the less important stuff in my mind. love this idea! happy monday, sweet friend!

!!! (It's for you and your post.) I enjoy punctuation marks very much, particularly the semicolon. It provides a rest and an anticipation for more.

If I had such stunning scenery around me, I too would be using !!!!!!!

I would love to be thought of as an exclamation mark! That's awesome!!

I wish I was an exclamation mark! I'd say I'm a question mark...

you're so creative...I would say if you're going to be punctuation...that's the one to be!

!!! From what I have read of your writing and seen in your photography, an explantion point fits! I'm probably a semi-colon, always tackig on another two cent worth :)

I use them excessively in my writing and commenting as well as lots of ellipses... Hmmm..... wonder what THAT means? LOL! There you go! I write like I talk? Well, I like you and your exclamatory spirit Dawn! I'm right there with you. :c)

I am definately an exclamation point. No inbetween's with me.

LOL, this has me chuckling. I read, reread and read once more to see where I fit in in punctuation. I'm all of them, not all at once but at different times. I'm high energy, inquisitive, I can complete things, I'm learning how to be a comma and definitely have to be a hyphen getting into social work. I guess I'm well punctuated! LOL

Beautiful photos, winter looks so pretty through your lens! ;-)

I am totally enjoying my final days of this year thank you and I hope you are doing the same.

Hey Miss (!), I love these beautiful snowy pictures. So pretty.

I love this!!! I think being called an exclamation point is definitely the best one. :) I like how you thought about the different purposes of each punctuation, though :). So thoughtful!
And I like exclamations too... I like that you are like that.