It's the second day of  Spring-
and we received more snow in the last 20 hours than what has fallen
over the last few months combined.

The day has been white....no distinction between landscape and horizon lines....snow falling and landing and building up around everything.

Yet for some reason, the sun chose to shine right before it set.
And I caught it.
Driving home from Hockey Awards Night, I stopped (precariously on icy/snow roads), and
snapped this up.
Quick.

Now I have sunshine to take me into the 3rd day of spring...even if it's white again tomorrow.

Hope lies under it all somewhere. 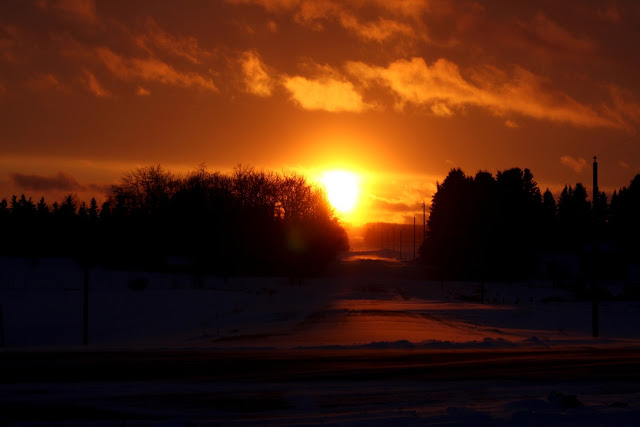 And yet,  one could say that the greatest tragedy in life~ is to risk nothing.

Only 3 teams are left in League Playoffs in this tier.
We are one of them.
This game determines if we place 3rd, or go on to fight for 1st.

It's the last period....1:19 minutes left to be exact.
Our team is given a penalty for holding.

We're down to 4 players...and the opposing team decides to pull their goalie.
Now it's 6 on 4.

After the last hour and a half of  hard playing, all players are exhausted.
Now it comes down to 6 against 4 with just over 1 minute of play.

And both sides fight hard.

Forward to 1.6 seconds remaining!
....
Our defenseman winds up and shoots the puck from the farthest end of the rink.... to the other.
It slides by the other 3 players on his team.
It also slides by all 6 others on the opposing team.
And with a few inches away from the edge of the net...it slides....... in!

The buzzer sounds.
I don't know as I have ever jumped that high off a seat before.

That had to have marked the most exciting game and moment of play in my
"mother-watching-hockey career"
thus far. 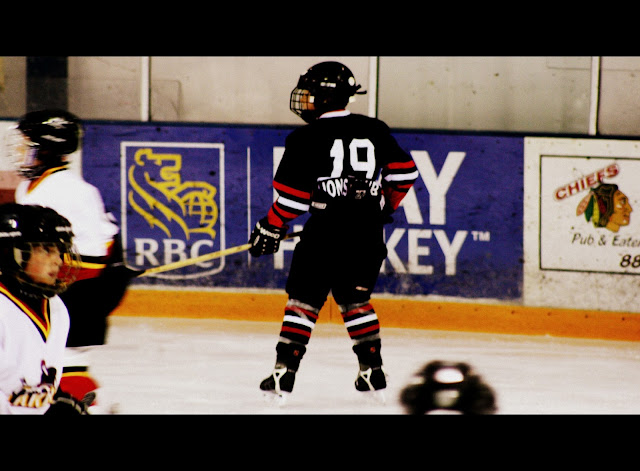 And then...it hit me.
I would have been that proud of him had he made that goal....
Or not.
It didn't matter.
My love for him isn't based on what he can do or what he's done.

It's just love.
Unconditional.
Regardless.

I love my kiddos no matter what they do, don't do, can, or cannot do.

It made me wonder.....
what would our world would be like if we all had that kind of love~~
regardless of conditions?

“The important thing is not to stop questioning.

Curiosity has its own reason for existing. 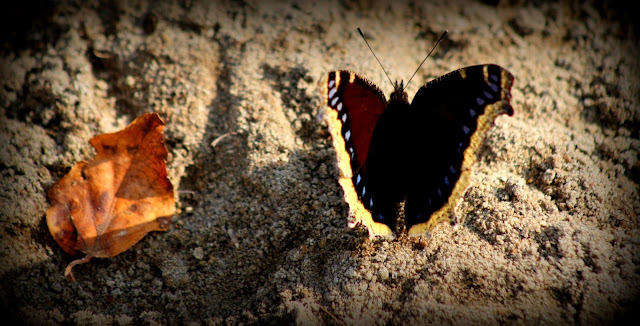 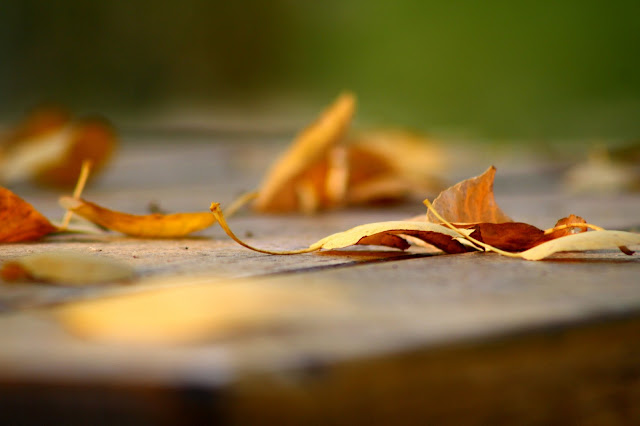 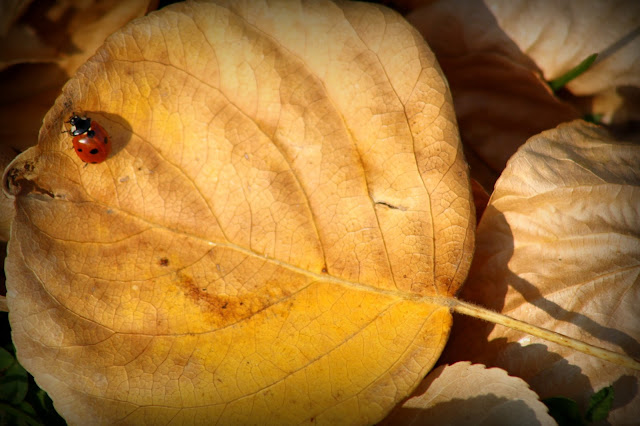 
Think I'm going to teach my kiddos to be curious this week.
The weather is looking warmer~or I am willing it to be so~ and Outdoor Things are on the agenda...

Whoever had the idea to sign up for 2 marathons, 2 century rides, and an Ironman distance triathlon within 7 months of each other... was not thinking properly.

Add to the training....
4 kiddos, homeschooling, hockey, lacrosse, rugby, track and field practices to run to and from...
was I insane to think I could do this?

Training for an Ironman alone requires hours of scheduled time on the bike, run, and in the pool.
Raising kiddos requires 24 hours of patience and planning and did I mention patience?

I feel like I'm juggling it all and then trying to get enough sleep to do it all...sanely.
And it's only week 3 into training.
There are still 23 weeks left. 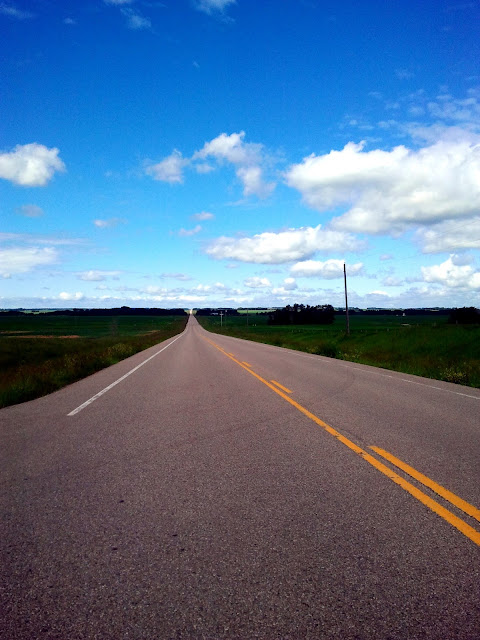 And yet...I wouldn't give up a minute of anything.
My days are full and I wake up each day knowing I'm working towards
goals which I set out for myself a long time ago.
And it's a good thing.

I'm starting to think a full and racing schedule suits my personality ....and I'm already wondering what lies beyond it all. Life is so short to be anything but filling it with what you love and were made to do.

The trick is finding what you love.
And then finding balance.
And then,
just living it! 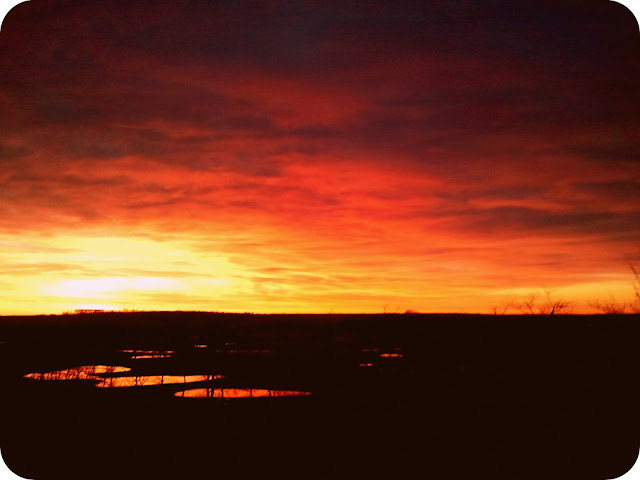 When I see morning appear at my kitchen window,
the sight always makes me realize that each new day
brings on a second chance.

I see March as
a month which bridges our winter to spring.

It's not a glorious month....there still is snow on the ground.

Not pretty... as no flowers dare appear for fear of  the certain snowstorms we have yet to endure.

Days can be grey and the horizon line meshes with the sky for one never-ending landscape of white.

March does not scare me.
It's the bridge needed to tolerate and tackle to get us to the Spring of things.
I can already feel it coming.

I open my windows now and again just to dare March to linger longer then it has to.
I listen for and can hear the sweet chirps of brave birds.

I can feel the world around me ready to breathe again....
and March to me becomes,

the most pleasant of all months. 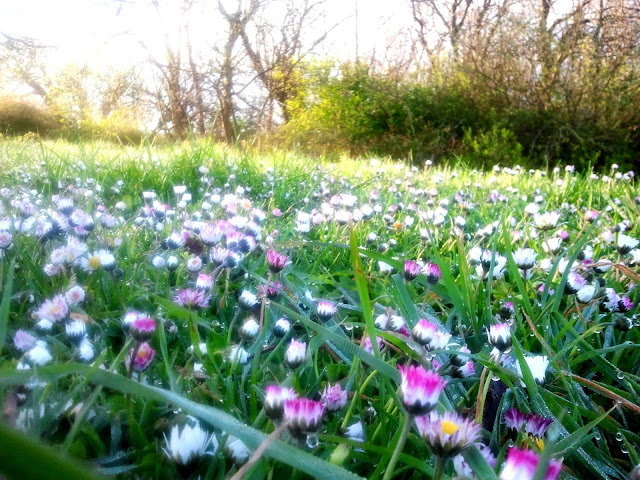