Connection in a “connected” world.

In just over 2 weeks I leave for Haiti.
I have to be honest when I say I have anxiety over certain parts of it.
And yet, I know I’m supposed to go.

Throughout the last few months we have been training as a team to go down into Haiti . My outlook has already changed on why and how I’m going.

Originally it was to help and assist in any way I am needed. That hasn’t changed.
But now... the focus is relationship.

Relationship is Lost in today’s society.
So is connection.

Look around you. How many times do we sit in a waiting room staring at our phones.
How many times do people come into our work place, and instead of making conversation, we say only the minimum amount of words needed in order to get to our next item on our own to-do list.


Throughout this last month I’ve been practising relationship.
Sitting in an office the other day i purposed not to pick up my phone. I looked around to see if there was anyone else not staring at a screen. I was lucky to find two elderly women sitting in a corner by themselves.  I sat down  beside them. For 10 minutes we had the most delightful and wonderful conversation. I learned about them and their adult children and what they have been doing in the last few months. As they got up to leave when they were called, one of them turned to me and said, “thank you for a wonderful visit. “

I have been trying to do this  each and every day. Whether it is at work, at the grocery store, sitting and waiting for an appointment, or just out on one of my walks....relationship and connecting with others has  been in the forefront of my mind and heart.

As I prepare to go to Haiti, this sticks with me. I’m practising it now. I will do it in Haiti. And when I return, I hope and pray it will remain with me. Our world needs more of this.

Purpose to connect with somebody today. 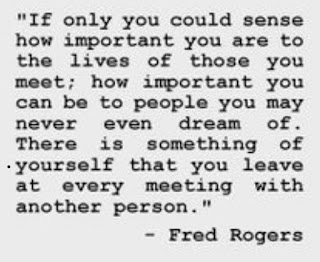 You could spend all your days wondering what's on the other side.... 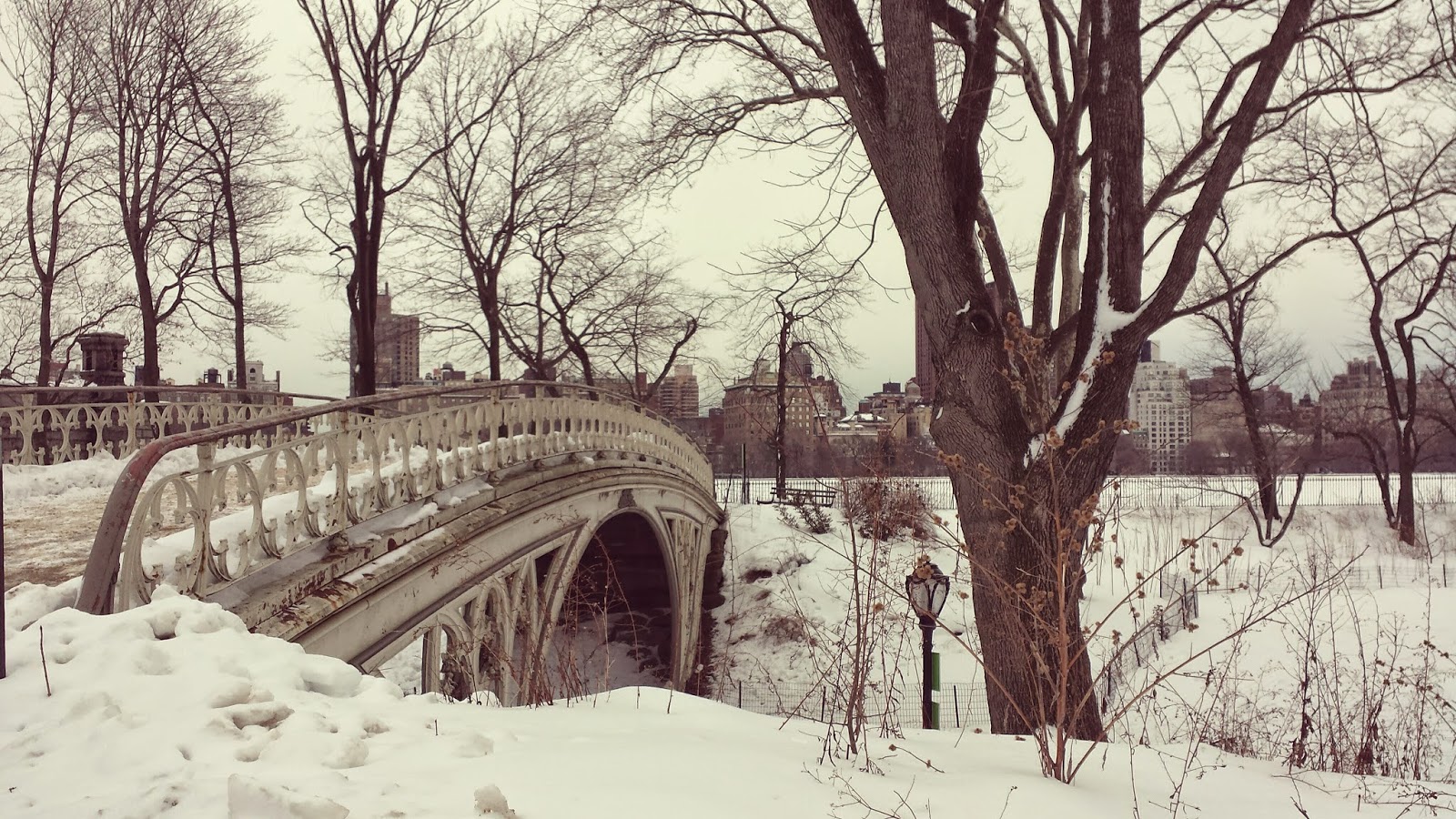 and
it will only remain a mystery.

We have become masters of categorizing people.

From our youth we put people in groups.

Rewind: school...
(and forgive me, because I will probably use all wrong terms for this present day, but for me school was 30 years ago!).
We had the preps, the jocks, the head bangers, the brains/nerds....
Cool people, artsy people, popular people, and the misfits and loners.

It never really stopped.
We "grew up" and we shoved people into yet more boxes.

Grouped by wealth, colour, which side of the tracks you live on, whether you have a degree or you are a "mere physiotherapy aid"....it never ends.

I had a great deal of time to think this Saturday.
I volunteered to pick up garbage for the fair starting at 6am and working until 2pm...
8 hours of non-stop walking and picking up all types of trash- (which in itself is an entirely whole other post!)...

I found it very humbling to don the green staff shirt, armed with a trash picker stick, blue rubber gloves and carrying a massive black garbage bag blowing in the gale wind until it was semi full- wandering around with eyes peeled to the ground looking for any scrap of paper, cigarette butt, or half eaten candy apple melting into the pavement.

The first few hours the grounds were empty, and the amount of garbage left from the night before filled our bags quickly.
And then, when it seemed the grounds looked void of all refuse- the crowds slowly trickled in.

Maybe it was because I found myself almost embarrassed to be "Just" a garbage picker, but it was humbling for me.
And sadly, I DID feel this way- judging myself to be the lowest of the low.

{Category: trash collector. I mean, how glorifying was it to pick up a soggy dropped diaper (2 feet from a trash can I might add), with a trash stick, trying to maneuver it into a blowing garbage bag without it touching me in any way?}

Then came the comments.
Some were grateful, thanking me for picking up their trash.
One man actually bowed and tipped his hat, all the while telling me how appreciative he was and that I shouldn't ever let anyone tell me I wasn't doing important work.

And then there was the derogatory.
"How degrading- she has to go around all day picking up people's garbage."
"You think our job is bad, imagine doing that all day?"

And on it went- back and forth.

Interesting enough, none of these comments upset me or had me wanting to go hide.
It did however make me think even more.

Instead- we put people into boxes, and they remain there because we assume.
We assume the worst.
The least favourable.
We don't have compassion- we just categorize.

We trash talk those who may have been just wanting to help in any way they could.
We trash talk those who seem to be in a "lower" category than ourselves, not knowing why they may have even chosen where they are and what they do.
We jump the gun on individuals because we truly believe what WE have chosen is better than the path they may be wandering down.

It's all so wrong.


It hit me as I carried the last bag of garbage to the bin and removed the bright blue gloves at the end of my  8 hour shift - just how all of us are guilty of not realizing we all have a story.
And that even if we never know what their story is, we ALL fit into the same Category of:

{Give a wealthy, educated, good-looking man/woman a garbage bag and trash stick with bright blue rubber gloves, and guess what- still human and the same person as before.}

Categories.
Trash them.
And then please....
....pick up your garbage.

Well hello there...
It has been oh so long since my last post.
Life has taken me on a journey of sorts.
Ups and downs, back around, and I finally have my feet headed into a semi-alright direction.

It's funny, all paths eventually lead to the one you are supposed to take, but detours you choose often muddle your way and it may take a tad longer than you expected- or wanted.

I'm back.
And I am looking forward to a new journey.
One that has my sights set on a new course.

So,
My kids grew up and became self-sufficient.
They finished school, got jobs, bought cars, learned how to do their own laundry, had friends, travelled.
They pay their own bills.
Take care of their own lives.
And I felt useless.
Every single job and purpose I thought was mine-
DISAPPEARED.

It happened over time of course,
but one day- not so long ago- I woke up to the realization that my Mom-Job was pretty much done.
(Sidenote: don't get me wrong. I will ALWAYS be their mom....and be there for them every step of the way. But my meal making, school teaching, laundry of multiple loads, chauffeur, referee, constantly on call 24/7 mom duties seemed to vanish.)

It took my breath away when it hit me.
And I sat there dumfounded.
and realized....I felt pretty much:


I have been wracking my brain on where to go.
I mean- basically it's like I retired from the only job I have ever known for 23 years!

I'm too young to retire and have WAY TOO MUCH energy to sit back and do nothing.

Sitting outside one afternoon- in between the newly mowed grass, the weeded garden, the clean (and empty) house, with no supper to make, no one to chauffeur...with basically nothing else left to do.....I decided I had to figure out just what it is I NEEDED to do to get that Fulfilled feeling back.
.......
The feeling I used to get at the end of a day where;
I had woken my kids with my silly "Good Morning" song, cooked and fed them their 3 meals (including snacks) throughout the hours,  grocery shopped with all 4 going in all directions, taught them all their subjects for the day, taken them on a field trip,  tucked them into bed safe and sound after a bedtime story and hugs and fighting with teeth brushing, folding all their laundry and dividing it into  4 neat piles outside each of their bedroom doors....before going bed feeling like I really had done something worthwhile with my time.


All of that consisted of one running theme. And it fulfilled me.

It's what made me feel complete.
Fulfilled.

It fills me with a sense of joy like nothing else.
Doing something for another human being is what makes me tick.
And I need to figure out where and how to do this.

This is my new journey.
And it's just beginning.


I do still have a purpose, as we all do....we just have to find out what it is and then- live it out.